When Arnold Schwarzenegger signed the Million Solar Roofs Initiative in 2006, the then-California governor knew it was the kind of goal politicians tend to shy away from.

“They like small goals, because they are doable,” Schwarzenegger said Thursday afternoon, speaking from the stage of the Career Technical Education amphitheater at Buchanan High School in Clovis.

Schwarzenegger was at the school to celebrate the initiative surpassing 1 million rooftops, eight years after he left office. He was joined by fellow former governor Jerry Brown, former senator Kevin Murray, who originally authored the bill, and a crowd of several hundred students and workers from the solar industry.

Many carried signs — “Keep it Up,” “Arnold digs solar” — and wore bright yellow shirts that read “solar created my job.” 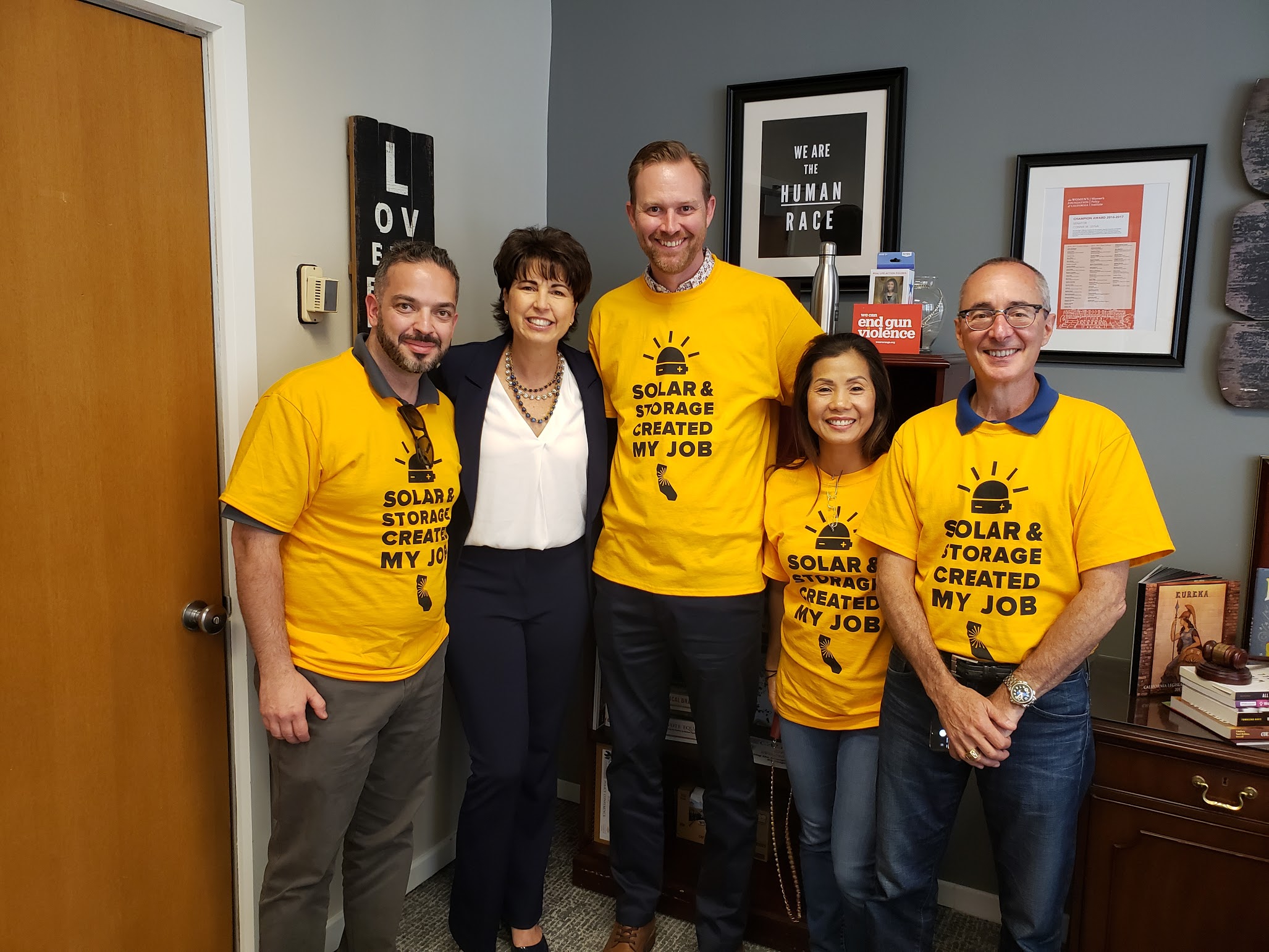 More than simply bringing solar energy to customers through rebates and net metering, the million roofs initiative helped create the largest and most successful rooftop solar market in the world, with a workforce that is now larger than the five largest California utility companies combined, said Bernadette Del Chiaro, executive director of the California Solar and Storage Association.

This year, more solar units were sold in the first 12 days of December than in all of 2016 combined, Del Chiaro said.

Much of that is happening in the San Joaquin Valley.

In Bakersfield, half of the population uses solar — three times more than the number of people in San Francisco, Del Chiaro said.

At Clovis Unified, solar is the standard for all new school and currently accounts for more than 50 percent of its energy needs. The district’s total solar production at 42 locations is equal to 1,900 residential roofs.

Buchanan High School is an example of the effects the initiative has had throughout the state, Schwarzenegger said.

Along with the visible rooftop and carport solar panels around campus, the school is home to the Energy and Environmental Career Pathway, or Energy Academy, which has 180 students enrolled.

MORE WORK TO BE DONE

While speaking of the need for clean and renewable energy, Brown made a plea to the students in the crowd, many of whom have begun working toward careers in the field: The problems, Brown said, that accompany climate change — such as pollution and mass immigration — won’t go away unless they are addressed.

The celebration did not come without a new goal. Clean energy advocates are now working to build 1 million solar-charged batteries, as groups like Environment California are working to get California to 100 percent clean energy by 2045, or sooner.

“This is not the time to take our foot off the gas pedal,” Del Chiaro said.

“This is the time to double down, to triple down.”