Congresswoman Norma J. Torres represents California's 35th Congressional District in the Inland Empire which includes Bloomington, Chino, Fontana, Montclair, Ontario, Pomona, and Rialto. She previously served as a State Senator, Assembly Member, and as a Mayor and Council Member in the City of Pomona. Throughout her career in elected office, she has worked to make government more responsive to the needs of Inland Empire residents.

She has demonstrated a commitment to taking on challenges like drought and climate change that are impacting California, and work's hard to ensure that the land, air, and water are kept clean through supporting sensible legislation aimed at preventing pollution while balancing economic development and environmental conservation. Priorities include promoting energy efficiency, renewable energy sources like SOLAR, as well as increasing investments in water infrastructure and funding development of new technologies that have the capacity to expand water recycling and desalination capabilities.

At SunEarth, we were honored to be recognized for our participation in the Made in the 35th District program. 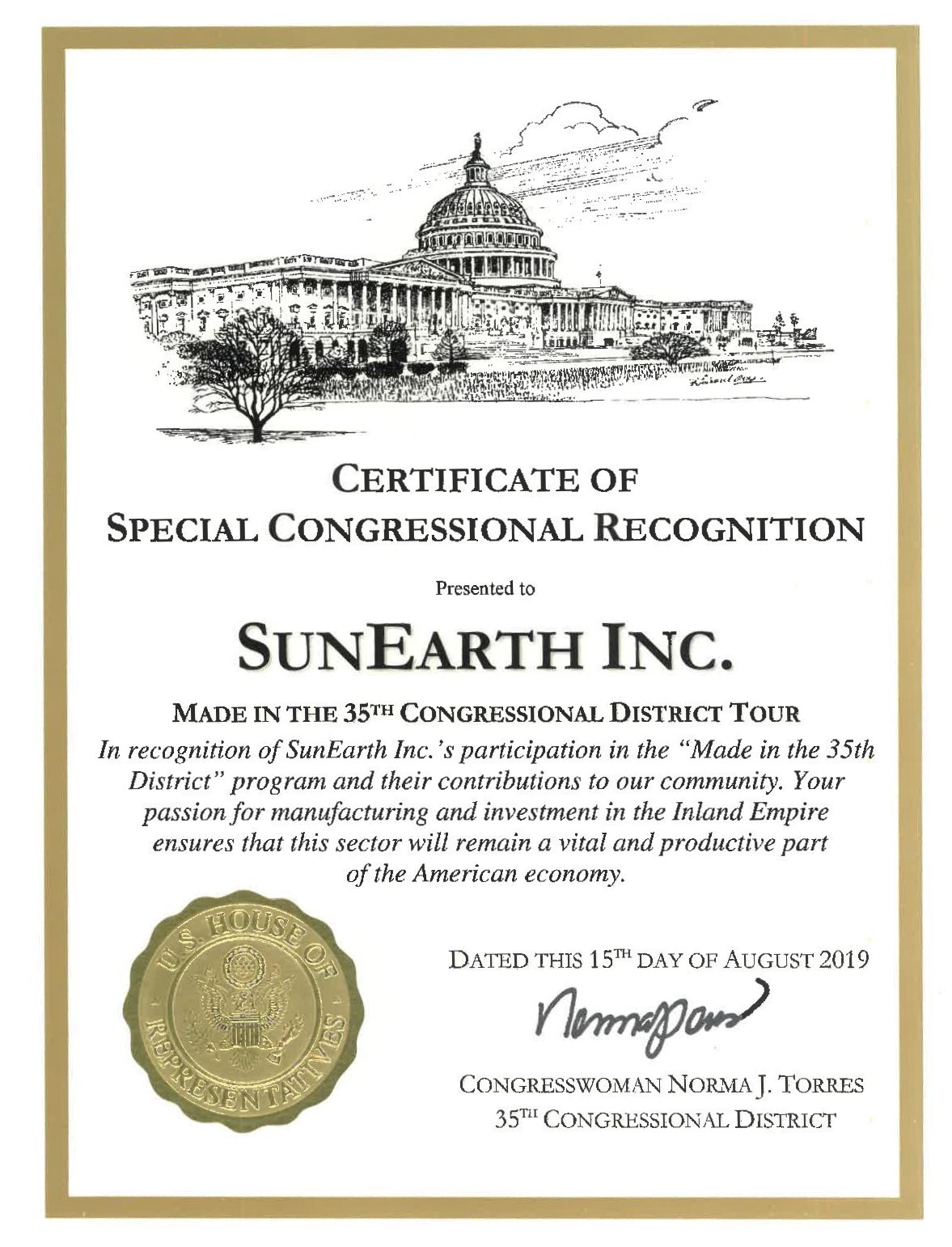